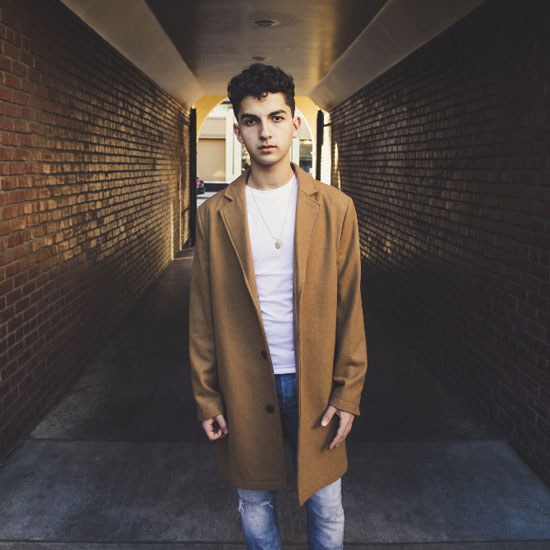 Singer, songwriter, explosive multi-instrumentalist; Ray Goren is a true triple-threat. Now, at 18 years old, the ever-evolving musician has fashioned his own dynamic envelope of sound rooted in pop, hip-hop, rock and soul. Goren is also a world-class guitarist whose virtuosity, coupled with emotive voice, captivates audiences.
“I’ll listen to Johnny Cash on Monday, then listen to Kendrick Lamar or J. Cole on Tuesday,” says the musician. “I listen to them for the same reason: their lyrics. They’re telling stories. I love that – It’s what I do — It’s me telling my own story.” Goren sets his lyrics to a soundtrack of soulful hip-hop and pop/rock. Many of his songs are based on an acoustic foundation — a sign that Goren has firmly grown into a songwriter whose lyrics stand alongside his electric guitar skills. Goren performs solo — looping his guitar, synthesizer and drum beats into his melodies. His show is Performance-Art, a look into his creative process. Mesmerized, his audience witnesses Ray building the groove until that moment of shared recognition when the song truly arrives – an amazing musical experience.